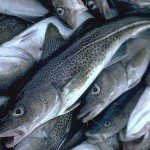 Yet a brief look at the history of statistics reveals it wasn’t always like this. END_OF_DOCUMENT_TOKEN_TO_BE_REPLACED